The Viceroy blog will help you navigate useful information about the destination, Bali must-see spots and about our resort. 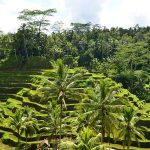 Bali is Open for International Travel 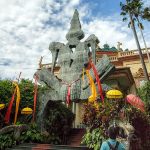 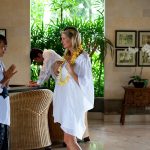 Traveling to Bali During Ramadan 2021 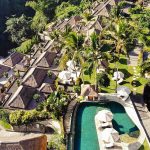 Easter Activities: What to Do & Where to Stay in Bali 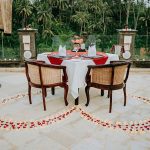 Honeymoon Destinations in Indonesia to Visit 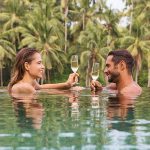 The Best Places in Bali for a Honeymoon 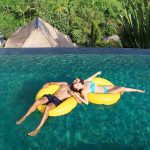 Unique and Romantic Bali Activities for Couples in Ubud 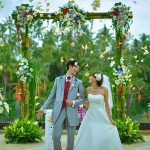 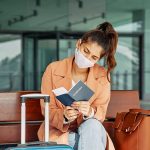 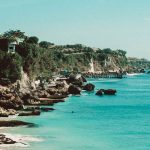 Why Bali holidays is the Ultimate Escape When Travel Resumes 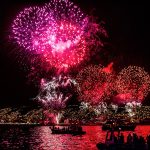 How to make the most of Christmas in Bali 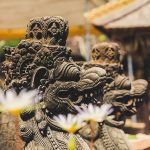 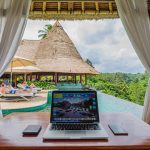 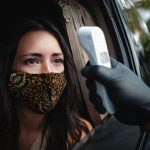 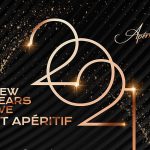 Exploring a different side of Indonesia: Viceroy Bali villa with infinity pool 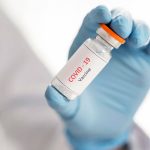 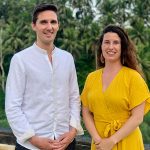 While Bali is famous for its surf, sand and sunshine, it’s also a culture firmly rooted in spirituality. Daily worship has been a part of local life for thousands of years and this can be seen in the some 20,000 Hindu puras (temples) that dot the island.

No visit to Bali would be complete without a pilgrimage to these ancient spiritual sites, some dating back more than 1000 years. However, with a vast array of temples spread around the island, it can be difficult to know which temples are worth slotting into your itinerary.

Read on for 7 of the Best temples in Bali to discover the Best Temples on the island of God.

Rising 1175 meters above sea level, Lempuyang is the highest temple in Bali — as well as one of the most spectacular. As you arrive at the temple, you’re greeted by the magical sight of Mount Agung framed by the famous ‘Gates Of Heaven.’ From here, you can either enjoy the views of Lempuyang at the foot of the mountain, or climb over 1700 steps to the peak.

If you do decide to make the pilgrimage, you’ll be rewarded with a fascinating walk dotted with other smaller temples, playful long-tailed macaque monkeys and a breathtaking, expansive vista of eastern Bali.

The temple is located in Karangasem regency, only a 3-hour drive away from Ubud. You’ll want to get up very early to explore Lempuyang, especially as the Gates Of Heaven attract large crowds. For the Instagram lover, this is one of the best temples in Bali for photoshoots.

Tanah Lot means “Land in the Sea” in the Balinese language. The temple is located in Tabanan regency, about one and a half hours from Ubud. This Balinese temple is famous for its unique coastal rock formations that have been shaped continuously over the years by the ocean tide. The crashing waves add an extra element of serenity to the ancient Hindu shrine (thought to have been constructed in the 16th century), especially when viewed at sunset. To reach the temple, visitors must walk past a couple of Balinese market shops each side of the path down to the sea. On the mainland cliff tops, restaurants have also been provided for tourists.

Tanah Lot is worth a visit not only for the main sea temple but also the smaller temples and cultural activities like dance performances. It only costs around an IDR 20,000 entrance fee to enjoy this popular tourist spot and take photos of this cultural icon.

Another iconic water temple and one of best temples in Bali is Ulun Danu Beratan Temple – well deserving of a spot on any Bali itinerary. The temple complex is on the shores of Lake Bratan in the mountains near Bedugul, only around a 1-hour drive from Ubud.

The mountains encircling this location give it somewhat of a mesmerizing and dreamy feel, and make this temple a hot spot for photographers. It’s a truly mystical sight when the fog hugs the water fog, invoking a mystical air.

Rich in both history and beauty, the temple was constructed in the 17th century to honor Hindu trinity Brahma-Vishnu-Shiva and the lake goddess, Dewi Danu. When the Bratan river water rises, the temple almost appears to be floating, which makes for an incredible photo opportunity.

Goa Gajah also is known as the Elephant Cave, is one of the oldest and most unique historical sites in Bali.  Located in the village of Bedulu, approximately a 13-minute drive from the center of Ubud. Goa Gajah temple was built in the 9th century and served as a sanctuary and sacred site for prayer and meditation.

Despite being called the Elephant Cave, you unfortunately won’t see any elephants roaming the shrines. Other sources state that it is named after the stone statue of the Hindu God Ganesh (who has the head of an elephant) located inside of the temple.
There are also fragmentary remains of a lingam, the phallic statue related to the Hindu god Shiva, and the statue’s female counterpart, the yoni. The complex also contains seven statues of women holding water pitchers that depict the seven holy rivers of India. From Goa Gajah you can clamber down through the rice fields to Sungai Petanu, where there are crumbling rock carvings of stupas (a building that translates from Sanskrit to “heap”) on a cliff face, and a small cave.

Pura Tirta Empul is a Balinese Hindu temple that is located near the town of Tampaksiring, Bali. It’s pretty easy to get to the Tirta Empul Temple and can be reached by many sides besides from the central town of Ubud. Tirta Empul means Holy Spring in Balinese. The temple is dedicated to Vishnu, another Hindu god worshipped as the god of creation – of the universe and all things.

The temple compound consists of a petirtaan or bathing structure. Tirta Empul is believed to be a source of clean water for ritual bathing, touted as a holy water that possesses curative properties. This tradition still continues almost unchanged, and tourists from all over the world come to this place to marvel at its beauty and bathe in its refreshing and blessed water.

Known as the ‘mother temple,’ Besakih Temple is a rite of passage for anyone visiting the island. Over 1000 years old, it’s the largest, holiest Hindu temple and one of the best temples in Bali. The sprawling complex consists of some 80 temples, but only a few are open to the public. The largest is Pura Penataran Agung, which has different areas representing the seven layers of the universe, each with their own shrines. Located high on the southwestern slopes of Mount Agung, Besakih has quite mystical, awe-inspiring quality. It’s around a 1-hour drive from Ubud.

Despite being the smallest temple on this list, Pura Suraswati is certainly one of the most beautiful. A picturesque lotus pond leads the way into a calming respite from the hustle and bustle of central Ubud. Dedicated to Saraswati, the Hindu goddess of knowledge, music, wisdom and arts, the vibrant orange temple is etched with thousands of ornate carvings. It’s free to enter, but if you choose to watch the Balinese dance performances in the evening, there is a small fee.

From sprawling mountainous temples to smaller sea puras, Bali is home to thousands of temples of all different shapes and sizes. It can feel overwhelming to know which ones to visit, but thanks to this list you can prioritise 7 of the best Bali temples to visit on your holiday.

Looking for somewhere to stay?
Located in Ubud, Viceroy Bali is close to Saraswati and Goa Gajah, with easy access by car to the other best temples in Bali on this list.

Featuring a 5-star spa and award-winning villas, the luxurious retreat is the perfect place to unwind after a long day of temple-hopping.

Should you want to visit the best temples in Bali, please contact us and Book your stay at the Viceroy Bali today.

We use cookies on our website to give you the most relevant experience by remembering your preferences and repeat visits. By clicking “Accept All”, you consent to the use of ALL the cookies. However, you may visit "Cookie Settings" to provide a controlled consent.
Cookie SettingsAccept All
Manage consent

This website uses cookies to improve your experience while you navigate through the website. Out of these, the cookies that are categorized as necessary are stored on your browser as they are essential for the working of basic functionalities of the website. We also use third-party cookies that help us analyze and understand how you use this website. These cookies will be stored in your browser only with your consent. You also have the option to opt-out of these cookies. But opting out of some of these cookies may affect your browsing experience.
Necessary Always Enabled
Necessary cookies are absolutely essential for the website to function properly. These cookies ensure basic functionalities and security features of the website, anonymously.
Functional
Functional cookies help to perform certain functionalities like sharing the content of the website on social media platforms, collect feedbacks, and other third-party features.
Performance
Performance cookies are used to understand and analyze the key performance indexes of the website which helps in delivering a better user experience for the visitors.
Analytics
Analytical cookies are used to understand how visitors interact with the website. These cookies help provide information on metrics the number of visitors, bounce rate, traffic source, etc.
Advertisement
Advertisement cookies are used to provide visitors with relevant ads and marketing campaigns. These cookies track visitors across websites and collect information to provide customized ads.
Others
Other uncategorized cookies are those that are being analyzed and have not been classified into a category as yet.
SAVE & ACCEPT